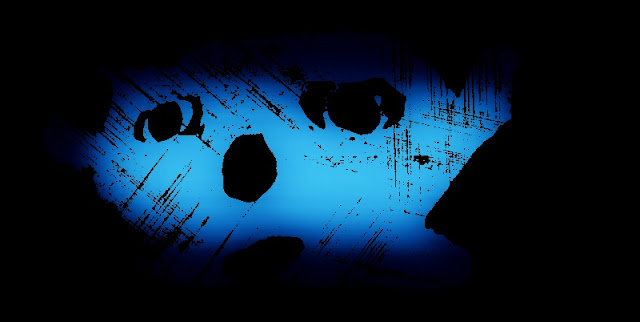 Chorus of laughter breaks the silent night
Limping sensations drive desires wild
Pack of hyenas shriek laughter in want
Charismatic gestures influence their hunger
Scavenging hyenas seeking out goods
Vulturous rats slop want tongues that drool
Explore the premise of juking The Cautioned
They are so called for they’ve gone quite rotten
Empathy Void The Cautioned are feared
For all of their mysterious Existence these years
Disregard Warning Laughing hyenas engage
Letting long wants drive their masquerade
Nearer they are for rich smells grip the air
Hyenas shriek with lust seek in their Stares
The Cautioned positioned in no particular order
Alone by fire suddenly encumbered by less space
The Cautioned now stand they can smell the want
Hyenas snap bloodlust curses threatening the
Cautioned to give up the purse
The Cautioned appear alert yet calm
Relaxing, then sitting with smiles all wrong
A great confusion stirs the night
Drawing out of focus the hyenas of night
Laughing erupts but from the cautioned so smart
Readying the feast caged hyenas with salt and small tart
Scavenging hyenas loot nothing this night
Laughing no more for The Cautioned Now Bite
Hyenas of want long tongues now sliced
To late to take warning as The Cautioned Take Lives
Randy Sturridge
Posted by Unknown

Thank you...was quite the random write. This was suppose to reflect those that take and do not give...scavengers. But as I was writing I realized I was just putting down anything that came to mind and this is the end result. Strayed from the original plan, but overall I was satisfied in a peculiar sort of way.

Glad you enjoyed it...If you liked this one, you may like "Little Tree Gnomes" and "Little Boy" They both have this feel to them...They are in the blog archive on the bottom right of the page.

The Mind Canvas: Most Popular